The Mississippi Department of Revenue released figures of last month’s gaming gross revenue, boasting a total of $108.5 million dollars to Coast casinos in April. This marks a record-breaking 9 percent increase from April 2017, when Coast Casinos brought in $99 million.

The second highest April earnings took place in 2007, when there was a large resurgence in business and revenue following Hurricane Katrina. That year, Coast casinos reported a revenue of $107 million.

Rep. Bennie Thompson and other Democrats are urging the national party to invest more resources in the South, including Mike Espy’s bid for a Senate seat in Mississippi.

“He’s got a shot. Things need to fall into place,” said Thompson, the lone Democrat in Mississippi’s congressional delegation. “He’s setting the building blocks … We just need to make sure at the end of the day we put our best foot forward. A lot of people are committed to doing all they can to help him.”

Espy, a former Democratic congressman and secretary of agriculture under the Clinton administration, is running in a special election to replace Republican Thad Cochran. Cochran retired in April citing health reasons.

Today, everything is electronic, PERS has more than $27 billion in assets, and it’s again digging out of a long-term shortfall. It has 61 percent of assets needed to cover future benefits, nearly $17 billion less than its projected needs.

The pension fund has tried to turn things around, but is struggling to gain traction. There’s no threat that today’s retirees will go unpaid. But it’s a tough exit note for Robertson, director since 2005.

“We are not as well funded as I would like to be and as a lot of people think we should be,” Roberston said. “But we’re still in a reasonable financial shape.” 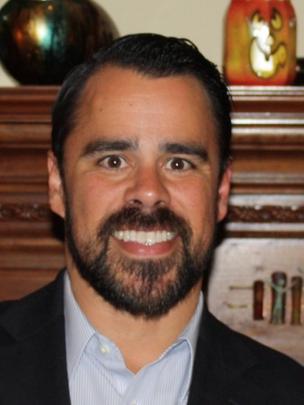 Area legislators said they aren’t opposed to a cigarette tax increase as a public health measure, but they had concerns about the medical association’s proposal.

State Rep. Shane Aguirre, R-Tupelo, said he believes it would be ill-advised for cigarette revenues to fund roads.

“If they raise the tax on cigarettes, it should be put toward funding Medicaid shortfall,” Aguirre said, because health repercussions of long-term cigarette use contribute to increased health care costs.

An increased gas tax makes more sense to cover maintenance on roads and bridges, Aguirre said. Those driving more miles on Mississippi roads would shoulder a greater responsibility for repairing them.

Meanwhile, the cascade of statewide elected officials who are not gonna, or probably not gonna, run for re-election is well underway. Two, of course, are term-limited and cannot seek re-election, Gov. Phil Bryant and Lt. Gov. Tate Reeves. State Treasurer Lynn Fitch and Secretary of State Delbert Hosemann have announced they will not run for re-election. Attorney General Jim Hood probably will not. State Auditor Stacey Pickering and Insurance Commissioner Mike Chaney have not announced their intentions. Blogger Wayne Weidie speculated a while back they would not seek re-election., but Chaney had a fundraiser recently. Then, there is newly appointed Commissioner of Agriculture and Commerce Andy Gipson who is expected to run.
It’s not that all these politicians are ready to fade away, of course. Reeves and Hood are expected to run for Governor, Hosemann for Lt. Governor, and Fitch has announced she will run for Attorney General.

The jobless rate ticked up to 4.6 percent in April from 4.5 percent March, as more people entered the labor force than found jobs. March’s level tied for the lowest recorded since current surveys began in 1976. The jobless rate in April 2017 was 5.3 percent.

The number of unemployed Mississippians rose slightly to 58,000.

Another weekend, another church stop for Chris McDaniel

Thanks to Oakland Grove Baptist Church in Laurel for inviting me to speak at their Wild Game dinner! pic.twitter.com/i3KUjCUXXU