We write to you today because of the utmost importance of this year’s election for Governor of Mississippi.

Over the past 50 years, the four of us have individually served at different times as Chairman of the Mississippi Republican Party. We are each convinced that Bill Waller, Jr., is the right person to be the next Governor of our state.

With so many important issues at stake, and the Democrats mounting a robust list of candidates for statewide office, it is imperative that Republicans nominate a strong conservative with the right values and best ability to win the general election in November. That candidate is Bill Waller, Jr.

Elee and I grew up in small towns in Mississippi. Our family has grown in Mississippi. We’ve been able to grow our state’s economy with more better-paying jobs. Mississippi is on the rise. We’ll keep growing together. Watch our story here: https://t.co/Vbrtjhw286

Jim Hood is focused on his priority today—courting Washington liberals with big money to fund his efforts to turn Mississippi into a blue state. #msgov https://t.co/Gjfk0DnPVE 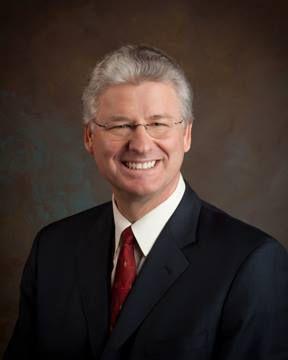 If he’s elected secretary of state, Sam Britton pledges to focus squarely on economic development and income growth in the state.

Britton is one of two Republicans seeking to become Mississippi’s next secretary of state. An accountant with his own firm from Jones County, Britton is completing his first term on the Public Service Commission…

…As secretary of state, Britton said economic growth would be his major goal.

“State elected officials must have a vision of where the state should go,” Britton said.

Specifically, he wants the average personal income in the state to exceed the national average.

“This can be done,” Britton said. “What you focus on is what you get.”

Proud to be telling the story of opportunity zones in Mississippi at #MIGlobal Conference. @realDonaldTrump is right-“We’re providing massive tax incentives for private investment in these areas to create jobs and opportunities where they are needed the most.” @MilkenInstitute pic.twitter.com/6y9S6mOEJR

The state auditor is demanding Holmes County Supervisor Eddie J. Carthan repay more than $184,000 — the salary, interest and other related compensation —  he has received since being elected to that position in 2015, because the attorney general’s office said Carthan can’t legally hold the seat.

The AG’s office won’t comment about the case other than to point to the state statute, Section 44 of the State Constitution, which prohibits a person from holding office if convicted of a felony crime.

Carthan told the Clarion Ledger on Monday that he was “surprised and shocked” when he received the demand letter.

“I didn’t certify myself and I have ran five times for office,” Carthan said.

CLARION LEDGER – Mississippi restores voting rights to 16 with felony convictions. Here’s who they are.

Sixteen people with felony convictions had their voting rights restored this year by the Mississippi Legislature. It’s the most in a decade.

Mississippi is one of the few states with a disenfranchising felony crime law in its constitution.

The only way to have voting rights restored is through passage of “suffrage bills” by the Legislature, but prior to this year, only 14 people have had their rights restored since 2012.

An oil company is agreeing to pay federal and Mississippi regulators $3.5 million and do more to prevent spills.

Denbury Resources, in a proposed legal settlement filed Thursday in federal court in Jackson, would take the actions following oil spills and other problems at facilities in Mississippi and Alabama.

A lawsuit by the U.S. Environmental Protection Agency and the Mississippi Department of Environmental Quality documents oil spills in nine different oil fields in Mississippi, plus one in Alabama, between 2008 and 2015.