Hood, a Democratic gubernatorial candidate this year, said the ads are false. The recent lawsuits against insurance companies, he said, were because they refused to pay out claims they owed to “Mississippians in crisis” — and the state ultimately covered them instead…

…The radio spot is paid for by a pro-business group called the Mississippi Civil Justice Alliance, and appears to be the first major third-party attack ad in what promises to be a heated gubernatorial race. It argues insurance claims from the 2005 storm should be distant history. But trial lawyers working for Hood’s office are “turning back the clock to fill their pockets with millions” of dollars in settlement cash from insurance companies.

“With Jim Hood’s plan, all the money goes to the government and trial lawyers,” the ad says. “Trial lawyers can grab 25 percent of the anticipated multi-million dollar scheme. And the homeowners? Not a dime. All you get is higher insurance rates.”

This is misleading, Hood said. The state filed a dozen lawsuits against insurance companies in recent years, alleging they had wrongfully refused to cover wind damage claims in many cases. The state filled the gap after the storm, covering more than $2 billion in damages to more than 25,000 homeowners with federal Katrina recovery money.

Mississippi’s unemployment rate held steady at 4.9% from March to April, according to the Mississippi Department of Employment Security.

The rate remains at the third lowest level of unemployment ever recorded in Mississippi, and the rate has now been below 5.0% for nineteen months in a row.

The Mississippi Rural Health Care Task Force held its first meeting today. I appreciate Chairman Ryan Kelly & other members for their participation. Ensuring a high quality of life for Mississippians is of the utmost importance to me. I’m looking forward to their recommendations. pic.twitter.com/DIE5fCHQ4H

But the biggest loser?

Lawmakers gave Weight Watchers about $300,000 a year from 2011 to 2016, but documents from the Mississippi Department of Education show the voucher program at times needed about half that amount — or less — to operate.

Weight Watchers never appeared in any education funding bills and never had a contract with the state of Mississippi.

Investiture ceremony for Judge Cory Wilson set for May 20 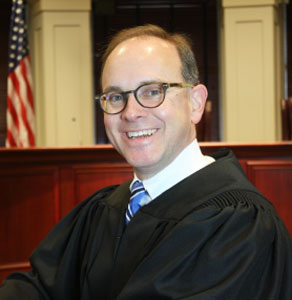 An investiture ceremony will be held for Mississippi Court of Appeals Judge Cory Wilson on May 20 at 4 p.m. in the Supreme Court En Banc Courtroom at the Gartin Justice Building, 450 High Street in Jackson.

Supreme Court Justice David M. Ishee will administer the ceremonial oath of office. Judge Wilson was sworn in on Feb. 15. It is traditional to hold an investiture at a later date.

Congrats to today’s 15th Circuit drug court grads. There is a growing consensus that drug courts are more effective than incarceration, and we should continue to promote such programs. It is clear that drug courts restore lives, reunite families, save money, and cut crime. pic.twitter.com/p3ZiA3NPVI