I want to applaud our Lieutenant Governor for his commitment to outlining a specific agenda that will help our state’s economy grow. It will help working-class Mississippians gain the skills they need to succeed. It will attract more capital to the state. It will transform our economy and allow us to compete with anyone.

Tate Reeves has released a substantive plan to transform Mississippi’s workforce. He calls for $100 million in targeted investments to improve Mississippi’s job-training programs. He calls for grants to help local communities earn “work ready” certifications, which will catapult us to the top of site selectors’ lists. He calls for incentives for K-12 school districts that are training students to work, not just pursue the typical four-year degree. There is also a proposal for a visionary $20 million grant program to assist with transportation and childcare to remove barriers to work for Mississippi families. 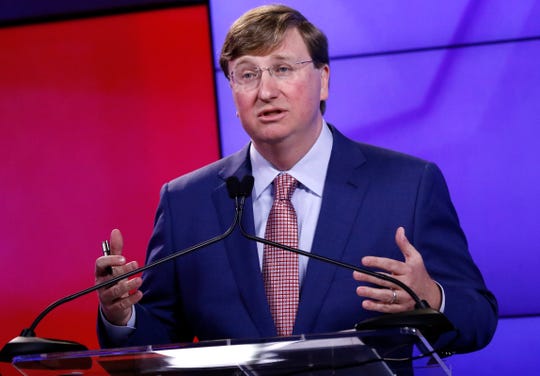 These new programs and escalated investments will be cutting edge. He’s also calling for a large commitment to our community colleges, to help everyone get access to job training that makes them hirable.

Anyone who has observed Tate Reeves knows that he does not spend Mississippi’s money wastefully. He is a cautious, careful investor of tax dollars. If he believes that these programs are worth funding, it is because he has studied them carefully. And this renewed investment is only possible because of the fiscal discipline that Mississippi’s legislature, under the leadership of Tate Reeves, has shown over the last eight years. They’ve been deliberate and set aside money so that we can afford investments like these.

His plan isn’t just about spending though. He calls for a flat-fee $20,000 bachelor’s degree program in high-growth industries. That could revolutionize our higher education system and save a generation from overly expensive student loans that offer little promise of return. He calls for a revamping of Mississippi’s dual credit program, to help high school kids enter the next phase of their education with more credit hours under their belt. He calls for every Mississippi student to learn coding — the essential language of our modern economy. And he calls for Mississippi to continue its bold experiment in crediting students for classes that prepare them for work.

Tate Reeves has a proven record and has shown leadership on issues vital to the continued growth of Mississippi’s economy. As a result, the Business and Industry Political Education Committee (BIPEC) Board of Directors recently voted to name Tate Reeves as “Best for Business and Jobs.”