Americans for Prosperity today presented each member of Congress with a Halloween treat, a horror movie poster urging them to oppose the reauthorization of the Export-Import Bank and the renewal of the so-called “tax extenders.” As part of the multimillion-dollar effort to Unrig the Economy and level the playing field for every American to succeed, the group is also launching a digital video and ads in Washington, DC and across targeted states.

As part of their on-the-ground effort to educate lawmakers about the ill effects of corporate welfare, AFP delivered a letter to Congress today, urging them to oppose the EX-IM Bank and tax extenders. 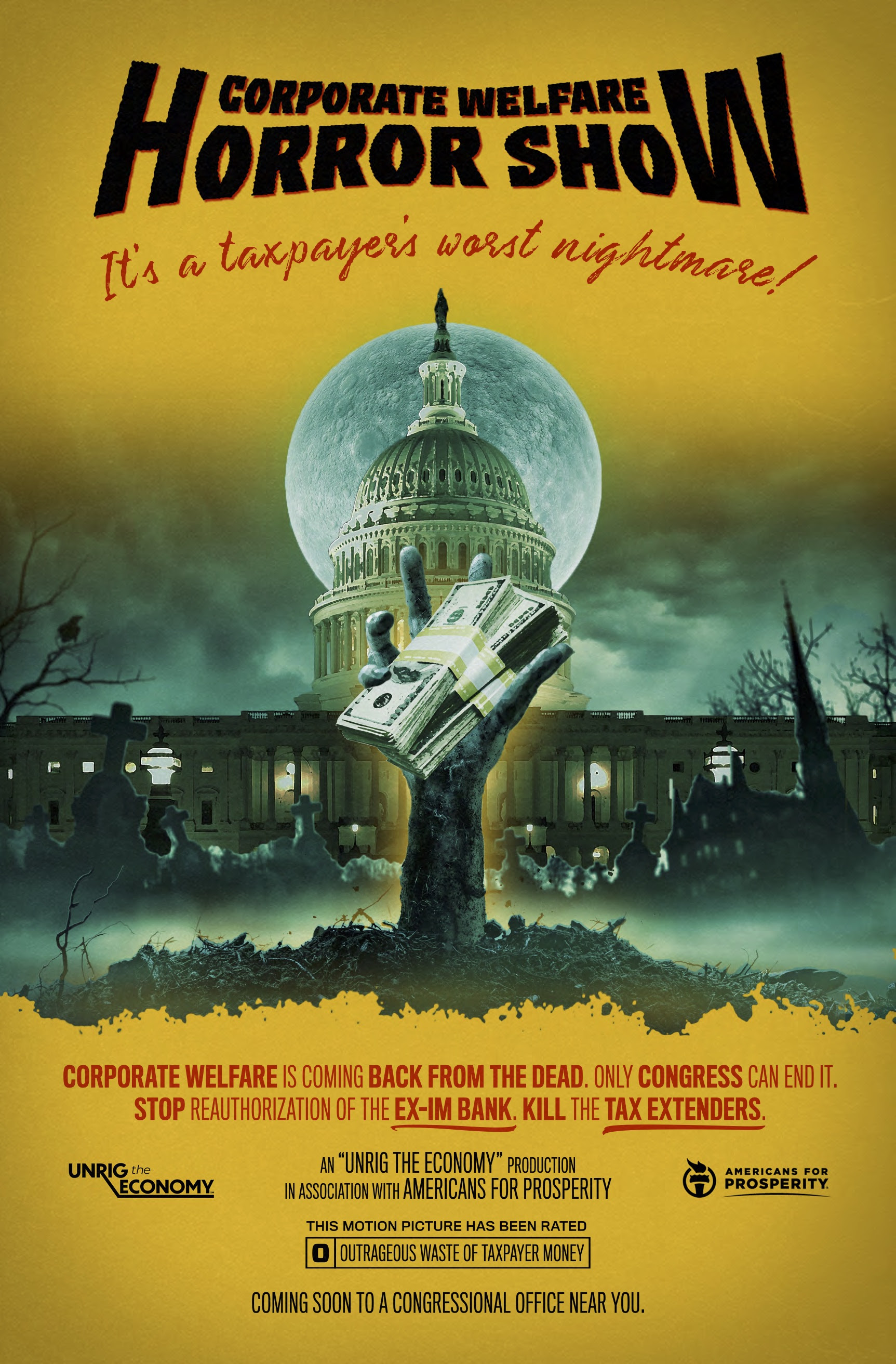 “Like Dr. Frankenstein building his monster away from the prying eyes of the townsfolk, Congress is trying to renew the Export-Import Bank and tax extenders without anyone knowing what they’re doing.  Both sides of the aisle should put a final nail in the coffin of this zombie corporate welfare that just won’t die. We urge Congress to help unrig the economy and vote ‘No’ on EX-IM and vote ‘No’ on tax extenders.”

On EX-IM, the taxpayer-funded bank was slated to expire on September 30, but a provision in the continuing resolution keeps it going until November 21. EX-IM rigs the game in favor of a few well-connected companies, both here and abroad, at the expense of their competitors and taxpayers. The majority of Ex-Im subsidies go to a handful of the biggest corporations in America as well as foreign-government-owned enterprises. If EX-IM loans go bust, taxpayers pick up the tab.

On “tax extenders,” billions of dollars in tax credits, carve-outs, and loopholes for special interests were allowed to expire at the end of 2017 due to the passage of the Tax Cuts and Jobs Act. However, Congress not only wants to bring them back from the dead but also make them retroactive to last year.