The House voted almost entirely along party lines for two articles of impeachment to remove the President from office — abuse of power and obstruction of Congress — sending the case to the Senate for a trial expected to start next month.

The impeachment votes marked the culmination of a sprawling and rapidly moving three-month Democratic investigation into allegations that the President pressured Ukraine to investigate his political rivals while withholding US security assistance and a White House meeting.

The House voted 230-197 to charge Trump with abuse of power and 229-198 to charge him with obstruction of Congress. The votes were largely split along party lines: just two Democrats voted against both articles, Reps. Collin Peterson of Minnesota and Jeff Van Drew of New Jersey, who is expected to soon switch parties. A third, Rep. Jared Golden of Maine, voted for one impeachment article. Republican-turned independent Rep. Justin Amash of Michigan voted to impeach Trump on both counts. 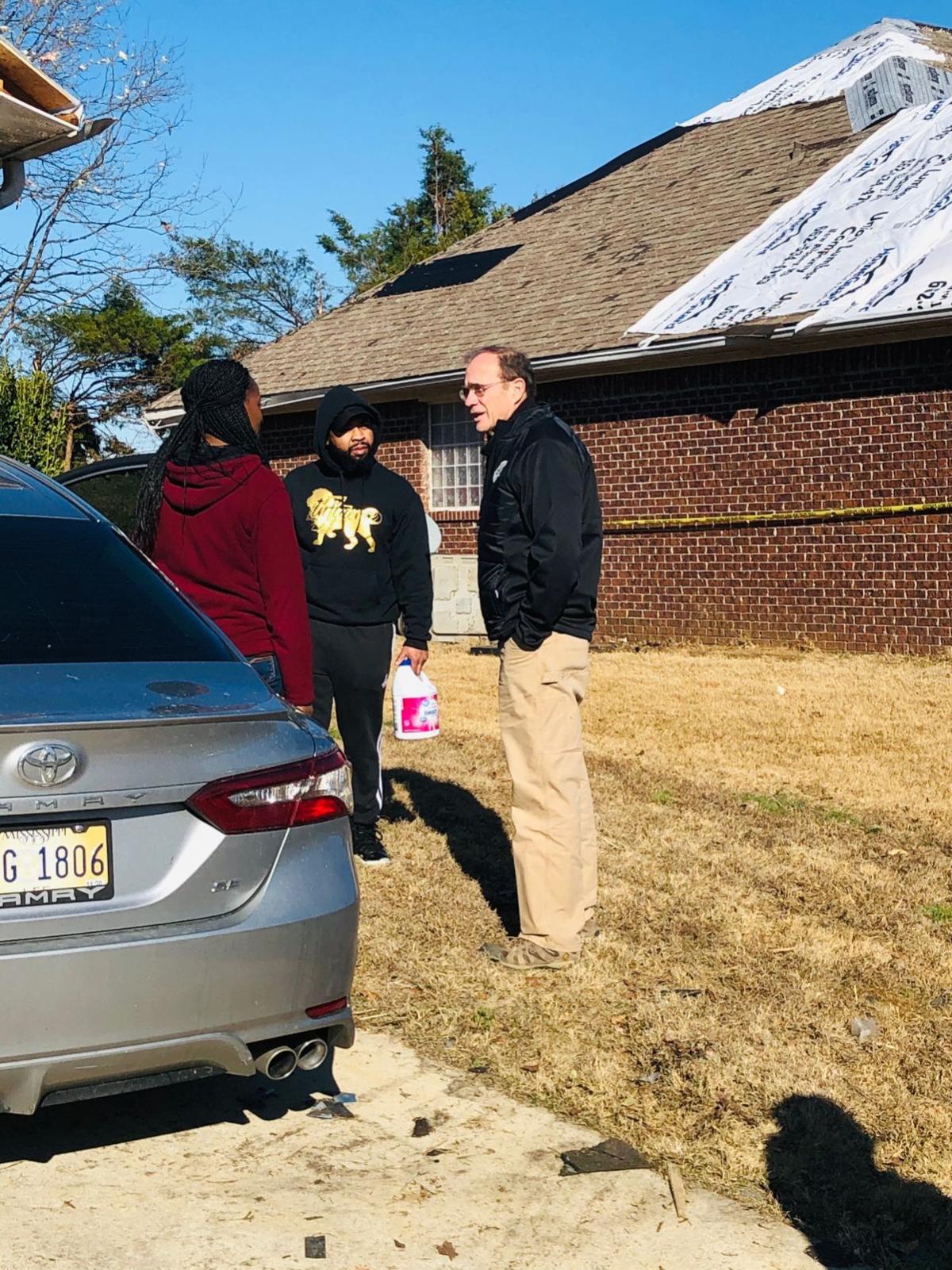 Lt. Gov.-elect Delbert Hosemann toured a storm-battered section of Northeast Mississippi on Wednesday to survey damaged homes and speak with residents in the area.

Hosemann told the Daily Journal after his visit to Guntown that he typically has traveled to storm-damaged areas and wants to speak with the homeowners in the area and listen to their concerns. He even sat down with one homeowner to just ask “How’s it going?”

“People just want to know you care about them,” Hosemann said.

The Department of Public Safety (DPS) Driver Service Bureau suffers from inefficiencies driven by staffing shortages, changes in the technological and legal environment, and issues with kiosk services resulting in increased wait times for customers. Although the Bureau is filling examiner vacancies and improving the functionality of kiosks in order to lessen wait times at field offices, PEER recommends promoting online and kiosk services, improving the website, expanding appointments, utilizing management information from its new computer system to more efficiently allocate resources, exploring youth testing and licensing alternatives, and partnering with counties.

PERS Board votes to allow retirees to serve in the Legislature

“In November 2018 and January 2019, Mississippi’s Attorney General issued opinions regarding PERS retirees serving in the Mississippi Legislature and continuing to receive benefits. In response to these opinions, the Public Employees’ Retirement System of Mississippi (PERS) Board of Trustees approved initial adoption in April 2019 of revisions to PERS Board Regulation 34, Reemployment after Retirement, to allow PERS retirees to serve in the state Legislature while continuing to receive benefit payments under certain conditions. These revisions were officially adopted by the Board at their December 17 meeting.

To confirm whether the revised regulation complies with Internal Revenue Service (IRS) requirements for maintaining the System’s qualified tax status, the proposed regulation was submitted (prior to final adoption) to the IRS this summer with a request for issuance of a private letter ruling. Maintaining the plan’s qualified status pertains to federal tax law and is very important to both the System and individual members. Our hope was to receive an affirmative ruling from the IRS prior to the proposed January 1, 2020, effective date of the regulation revisions. PERS made a strong, good faith effort to make this possible. While we have yet to receive an official ruling from the IRS, PERS did receive word from the IRS via telephone that an affirmative ruling is expected. In response to this news, the PERS Board of Trustees voted December 17 for the final adoption of revised Regulation 34, which will now be filed with the Mississippi Secretary of State’s Office according to the Mississippi Administrative Procedures Act and should be effective in approximately 30 days.

In the event that PERS does not receive IRS affirmation, we will likely have no choice but to revise the regulation, which may mean that the current and historical regulation will go back into effect. Any possible change to the benefit of a PERS retiree will be determined based on his or her individual circumstances and the regulation in effect at the time of his or her service in the Legislature.

We will update this statement once we have received this critical ruling. We also will continue to act prudently and in the best interest of the System. Should you have further questions, you may contact us at 800-444-7377 or [email protected].

For a copy of the revised regulation, click here. Please be advised this version of the regulation is based on the initial adoption and could be subject to change as indicated above or during final adoption.”

Mississippi Power customers will soon see a change in the cost of their electricity, and it’s not an increase…

…Mississippi Power requested reductions that could result in retail customers saving as much as $2.86 a month.

Expected to happen next year, an additional reduction of $2.17 will be taken off of residential customer bills, allowing some customers to save over $5.00 on their monthly bills…

…Some of the bill reductions require the approval of the Mississippi Public Service Commission. However customers will begin to see a $2.00 reduction on January’s bill.