Hyde-Smith seeks to #KeepAmericaGreat in 2020

“This is officially my last day,” said Brown. “I am riding off in the sunset,” he added with a chuckle.

He first served as Chief of Staff for Governor Ray Mabus, later serving as a State Representative for 16 years.

He most recently served as a Public Service Commissioner.

“I don’t believe in legacies,” he explained. “You can look at the people on these walls in here, people who have been elected to various positions and as soon as you’re out of office, people don’t remember who you are. And that’s normal. I’m fine with that.” 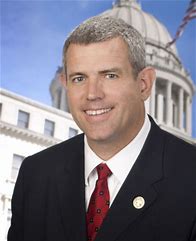 Mississippi House Speaker Philip Gunn has a broad idea about what he wants lawmakers to consider in 2020. However, he says he’s waiting to see specific proposals about teacher pay raises, roads and bridges, health care and other issues.

…Gunn said he wants to announce House committee assignments early in the session, but he’s not committing to a date. If he takes longer than Hosemann, it’s with good reason: Gunn’s task is more complex because he has more than twice as many people to try to make happy.

A Brookhaven legislator will be a voice in Washington D.C. for those suffering mental illness.

Rep. Becky Currie, R-Brookhaven, was asked to serve on the White House Mental Health Task Force in the nation’s capital.

“I was thrilled to be asked and excited to hear from the Trump administration — and from President Trump himself — the plans he has to reform the mental health system that has failed mentally ill nationwide,” she said.

Four new scratch-off games will be available on Tuesday. The first $10 game is included in this group of tickets. Price points range from $1 to the new $10 ticket.

Powerball® and MegaMillions® will go on sale Jan. 30.

As the Mississippi Legislature convenes, a review of the substantial impact agriculture has on Mississippi’s economy can’t be overstated.

The Mississippi Extension Service at Mississippi State University issues annual status reports on those industries and on Mississippi agriculture, in general, each year and those reports reflect that despite challenges like historic flooding and changes in market opportunities for hardwood pulpwood, poultry and forestry continued to anchor Mississippi’s estimated $7.39 billion total agriculture value in the state.