“I believe it is time to do away with this Jim Crow era law and let the people decide,” Rep. @FredShanks. https://t.co/nN9PQHqKX9

Mississippi Governor Tate Reeves praised ministries such as “Eight Days of Hope” for efforts to help those impacted by the flooding.

Reeves said the recent floods have displaced hundreds of people who need help.

While assistance was available from a variety of governmental agencies, Governor Reeves said he is especially thankful for ministries such as “Eight Days of Hope” which were helping victims as soon as the waters receded.

Winston County Coroner Scott Gregory has announced he is switching political parties and will now be affiliated with the Republican Party. Gregory said, “The values of the Democrat Party have drifted so far to the left and are now a huge departure from what the party stood for when I first was elected to public office. As a result, I felt like I had no choice. Today’s Democrat Party no longer even remotely reflects my personal values and, in my opinion, neither do they reflect the values of the vast majority of the citizens of Winston County.”

“Instead of using this press conference as an opportunity to lead and inform the American people at a critical time, the President attacked his political opponents and sounded ignorant and even incoherent about the nature of the threat we face. To be clear, the President’s management of the Federal government’s response to the coronavirus is not only inadequate, it is downright dangerous…

“…The President appears more concerned with his reelection and the stock market than the outbreak. This should be concerning to all. We cannot allow his incompetence to undermine the health and well-being of the American people.” 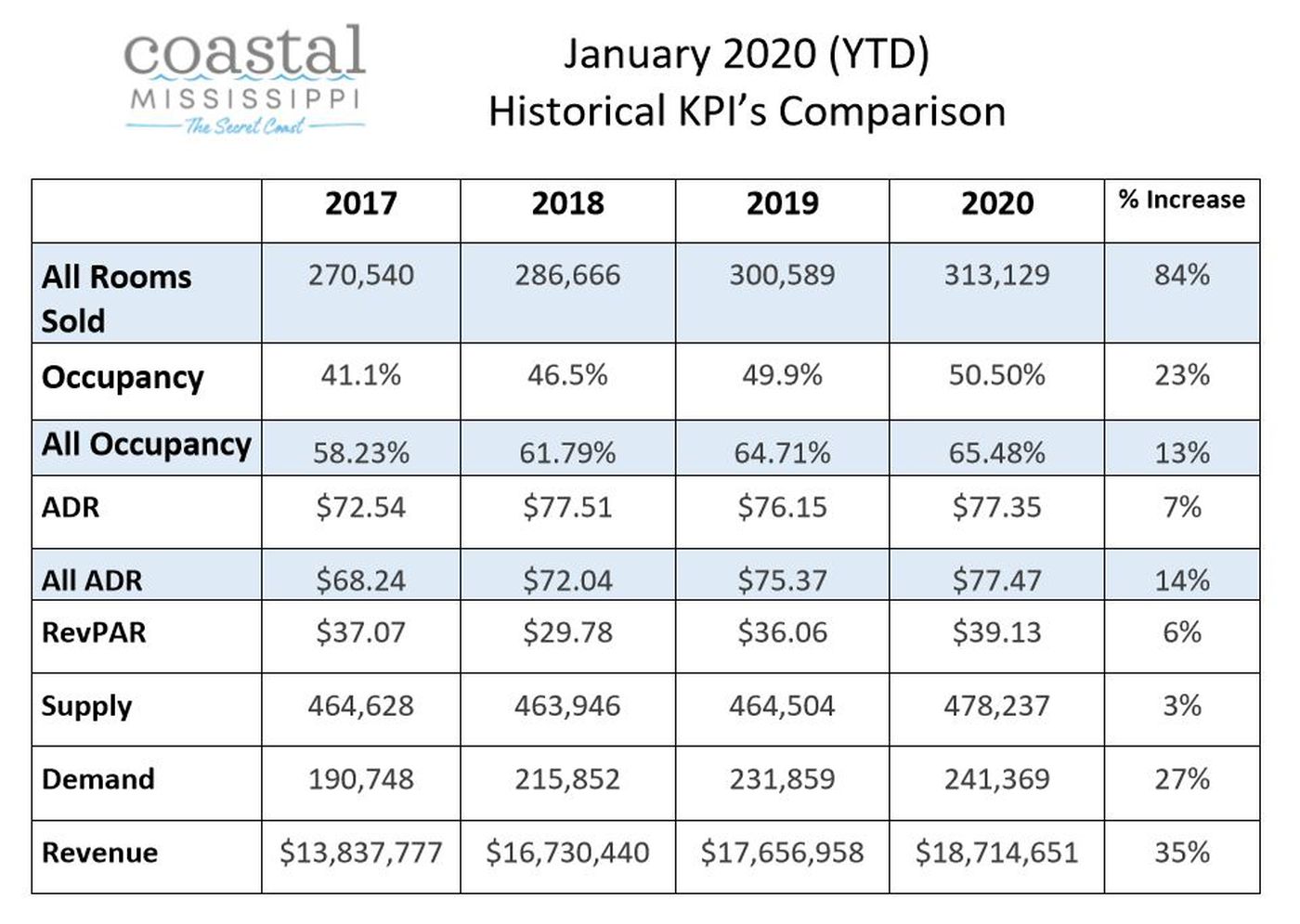 Coast tourism is getting off to a good start this year. Numbers released Thursday show January 2020 was the most successful January in the last four years.

And according to Coastal Mississippi, the increase is across the board in all important indicators of tourism success…
…With a substantial amount of private sector investments, including over $700 million in industry projects in development, and impending disbursements, such as funding from the Gulf Coast Restoration Fund and GOMESA, Coastal Mississippi is looking at an extremely prosperous year ahead.

WDAM – Pending proposals would restructure IHL Board of Trustees

There are multiple proposals that would lead to a power shift within the state college board. Republican Rep. Trey Lamar filed a bill that would give appointments to the Governor, Lt. Governor and Speaker.

“What that would prevent is a situation that we’ve had the last several years we are all 12 members were appointed by one individual,” said Lamar.

Another bill targets a controversial issue of naming new school leaders. HB 1571 would take away the sole authority from the board of trustees. Instead, it suggests a seven member search committee made up of appointed alumni from that school and one member selected by the board. Rep. Chris Bell’s proposal is more drastic. It proposes abolishing the IHL Board.

“It’s imperative that each school has a voice and selecting individual that’s going to lead them to the next decade,” explained Bell. “As it relates with IHL, we have had them to be a part of this selection process. It hasn’t worked out in certain instances.”

Great news for @Hattiesburg_MS! The city has won a $5.39M award from @USDOT to construct a much-needed overpass along Hall Avenue and a streamlined connection for trains that travel through the city each day. @SenHydeSmith @CongPalazzo https://t.co/OAqgUZxxEH

According to the Mississippi Forestry Commission, March has one of the highest wildfire occurrence rates of the year.

During March 2019, the MFC responded to and suppressed 260 wildfires that burned approximately 5,293 acres. The fires damaged or destroyed 14 homes, commercial buildings and other structures.

MADISON COUNTY JOURNAL – Congressman Guest: If Democrats gain control of our Republic, how long can we keep it? This week, House Democrats passed a bill to remove the deadline for ratifying the Equal Rights Amendment (ERA), a proposed constitutional amendment first introduced in 1923. Almost 50 years later, Congress passed the ERA in 1972 and set a seven-year deadline for ratification by the states. In order to amend the Constitution, two-thirds of the state legislatures, or 38 states, must approve an amendment.

When the deadline arrived in 1979, 35 states had ratified the ERA and five of those states had voted to rescind their ratification, for a net of 30 states, failing to meet the standards laid out in the Constitution for ratification of a Constitutional Amendment. Congress approved an extension of the ratification deadline to 1982, but the requisite number of states still did not adopt the Amendment in time. However, in recent years, three more states have ratified the Amendment:  Nevada on March 22, 2017; Illinois on May 30, 2018; and Virginia on January 15, 2020, making the total number of states to ratify the Amendment 33, short of the required 38 states. As it stands, he ERA is almost 100 years old, over 30 years past its deadline, and it has never met the requirements to amend the Constitution.

Democrats are attempting to ignore our Constitution, the failed attempts to ratify the ERA in the past, and the fives states’ decisions to rescind the Amendment by bringing up H.J. Res. 79, which is legislation that would remove the deadline for ERA ratification. Nancy Pelosi and her new Democratic Party are so out of touch with the republic that our founders envisioned that even left-leaning scholars are weighing in against the controversial move to upend our Constitution.

WLBT – AG: ‘No timeline’ for next steps in Curtis Flowers case

A spokesman for Attorney General Lynn Fitch says there is no timetable as to when a decision will be made about how to proceed with the Curtis Flowers case.

Flowers was freed on bond in December 2019 after serving more than two decades in prison for a quadruple murder at Tardy Furniture store in Winona back in 1996.

He was tried six times for the crime. Two of the trials ended in hung juries, and the other four resulted in convictions that were later overturned.