Governor Tate Reeves has announced that the Republican primary runoff election for the 2nd Congressional District is rescheduled for June 23, 2020 to help slow the spread of COVID-19.

“We face an unprecedented health crisis. Conducting an election during this outbreak would force poll workers and voters to place themselves in unnecessary risk. It’s important that we exercise our rights as Americans to a free and fair election, but so is ensuring the health and safety of all Mississippians,” said Governor Tate Reeves.

The Governor continues to monitor the elections calendar and consult with health officials as he looks at other upcoming elections in Mississippi while prioritizing the protection of public health. 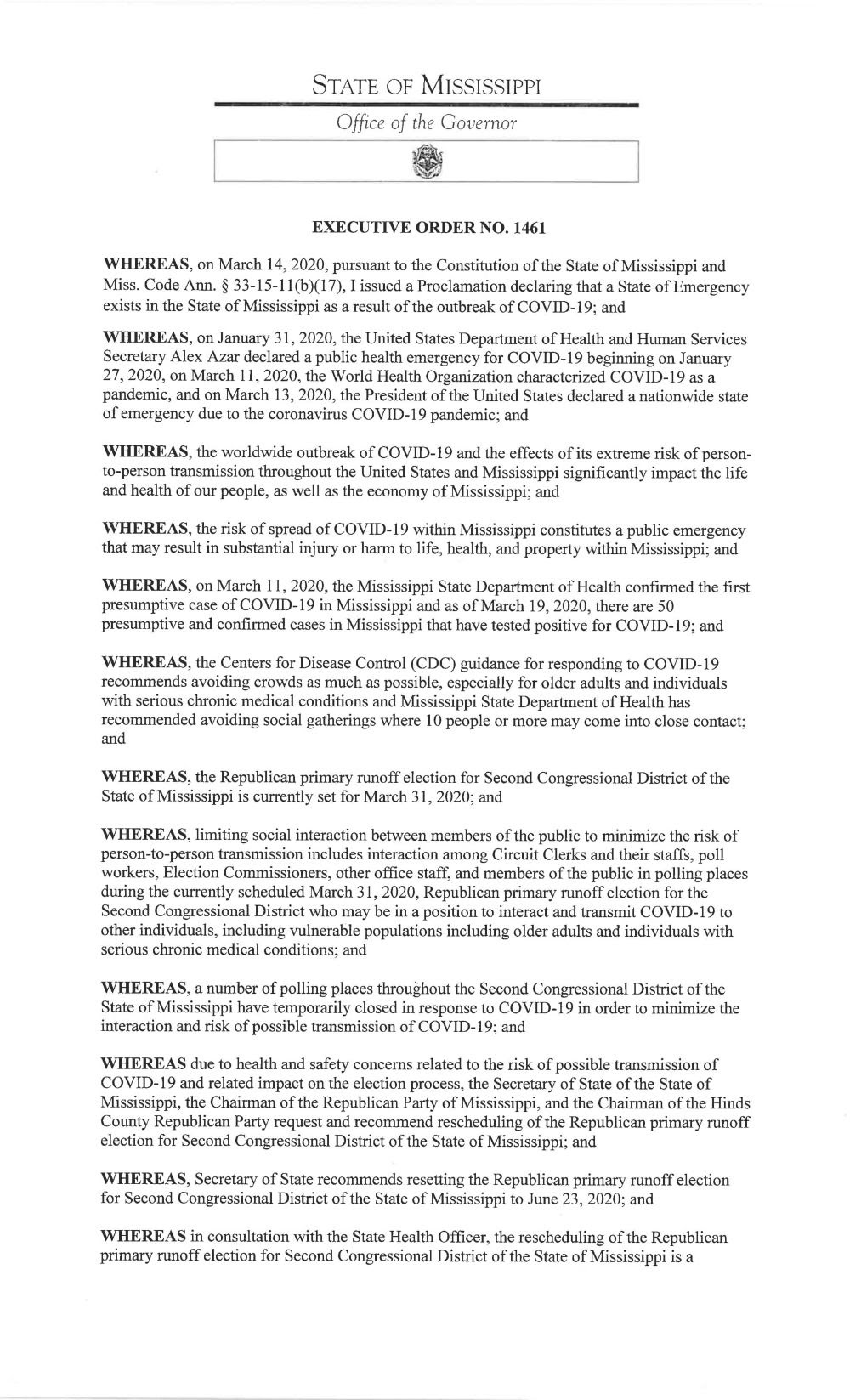 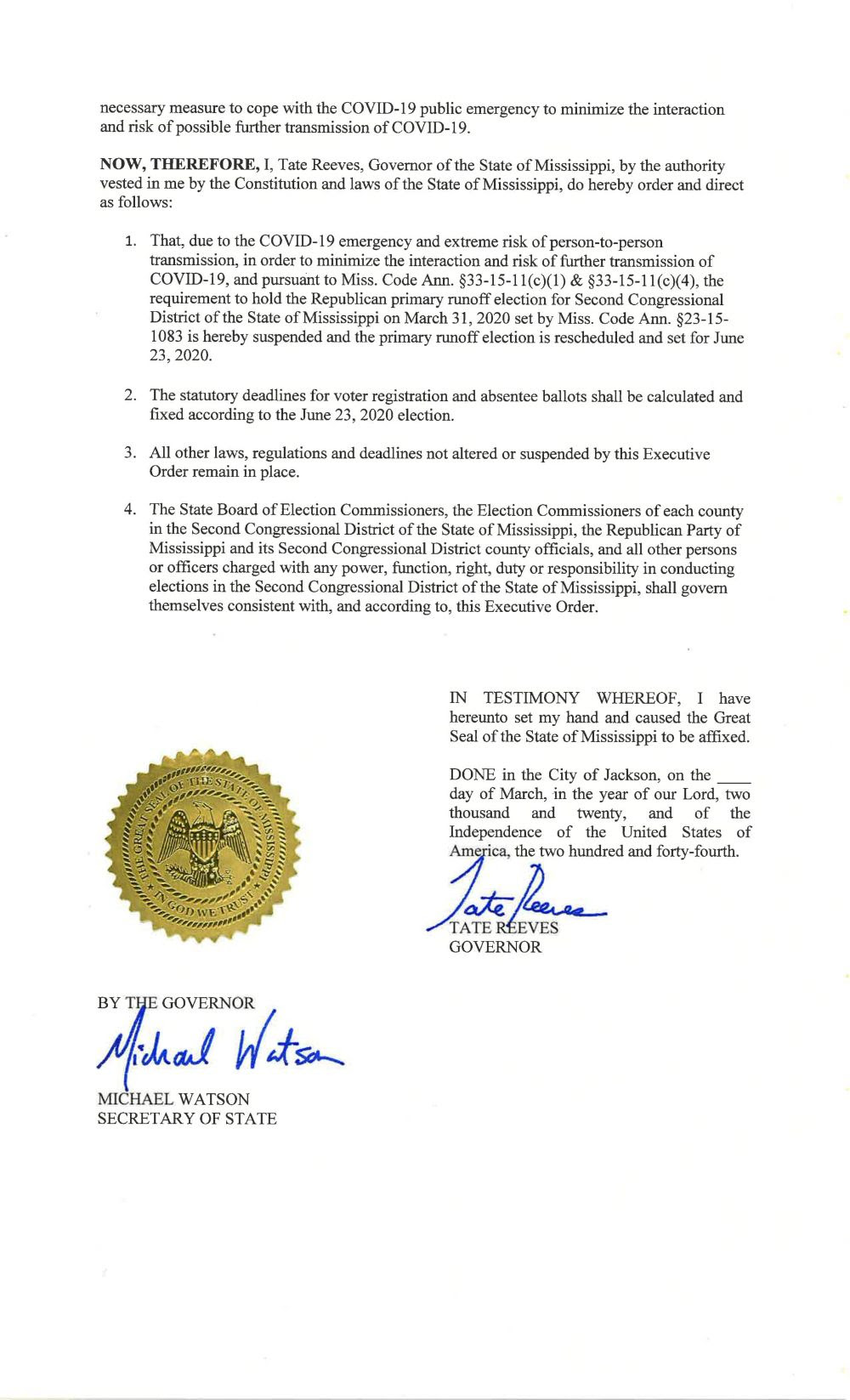 Release from the Office of the Governor.