Honoring All Who Served this Veterans Day 2020\ 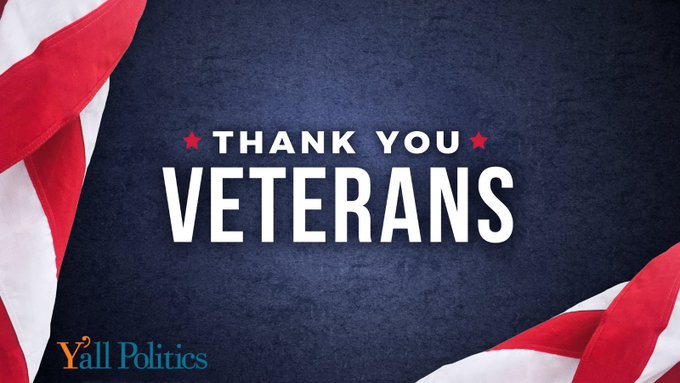 Senator Cindy Hyde-Smith spoke to Y’all Politics about her recent reelection, the current debacle over the Presidential race and recent selection of Mitch McConnell to represent the Senate majority once again.

Eta now projected to move to the east

Tropical Storm Eta’s projected path has been uncertain since day one but Mississippi appears to be out of the woods. Current modeling suggests the storm will increase to Hurricane strength later today and move northeast for a potential landfall as a tropical storm Thursday on Florida’s Gulf Coast.

The Senate Education committee met on Monday to discuss how the Legislature can aid districts who would like to move to a year-round school model.

Chairman Sen. Dennis DeBar said there will not be an attempt to mandate year-round school from his committee, but they would like to help facilitate that move if districts choose to do so…

…State Superintendent Carey Wright also spoke at the hearing and began by giving compliments to the success that the Corinth School District has had implementing a modified calendar.

Wright said year-round school has been around a very long time. She said parents, teachers and students all seemed to love the flexibility of a modified calendar.

Today MSDH is reporting 933 more cases of COVID-19 in Mississippi, 37 deaths, and 118 ongoing outbreaks in long-term care facilities. The total of #covid19 cases for the year is now 128,138, with 3,480 deaths. Case details and prevention guidance at https://t.co/QP8mlJ41AN pic.twitter.com/ATnfWGwYxT

Quick update: Elee and our other girls tested negative again. So did I. Since Maddie also had a negative test as recently as yesterday we’re going to monitor closely and be cautious. I’ve heard and felt the outpouring of prayers, and they mean the world to Maddie and all of us!

YP – Jones says Democrats not “some demonic cult”; cites losses by he, Espy because of GOP “catch-phrases”

In a Politico article on Senate Democrats electing their caucus leadership, Jones expressed his frustration with the loss, blaming his own party’s messaging.

Jones said he and others, like Mississippi Democrat candidate Mike Espy, were tied to Republican “catch-phrases,” noting that that was the reason red- and purple-state Democrats took a beating.

Who has ultimate control over the state budget? That’s at the center of the issues pending in the State Supreme Court. Governor Tate Reeves is appealing a county judge’s ruling that says his partial veto was unconstitutional.

…The Governor’s attorney says the House should’ve tried to override the veto if they thought it was unconstitutional. Noting that they did override another partial veto in August.

“The legislators thrust this court into what is clearly a political question that requires policy choices and value determinations by the political branches,” said Michael Bentley.