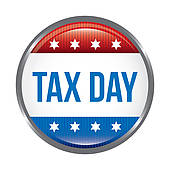 Today – Monday, May 17 – is the deadline to file state and federal taxes. Those filing after this date without filing an extension may be subject to penalties.

Both Mississippi and the federal government extended their April 15 deadline to May 17 due to the pandemic.

In a rare Friday release, the Mississippi Supreme Court issued its decision today on the case involving the validity of the process by which the constitutional amendment for medical marijuana via Initiative 65 made its way on the 2020 ballot. The decision comes a month after oral arguments were heard by the Justices.

Justices granted the petition, reversed the Secretary of State’s certification of Initiative 65, and held that any subsequent proceedings on it are void.

“I plan to resubmit the bill in January and try to meet the will of the people,” said Blackwell. “The bill last year would have only worked if this exact thing happened. Had the House not killed it, people would have their medical marijuana program right now.”

Blackwell said 62% of people in Mississippi voted for Initiative 65 on the 2020 ballot and that the Senate wants to make sure people have a program. He said it was always 50-50 chance what the Supreme Court would decide and the Senate had hoped to have something in place in the event it went this way.

Former Brexit leader Nigel Farage is coming back to Mississippi, this time partnering with FreedomWorks to offer a message of hope and encouragement for conservatives who feel disillusioned with the woke, cancel culture of the day.

Farage joined Y’all Politics on Friday to promote the event and to encourage all freedom loving Mississippians to attend. He will be in Biloxi on May 22nd at the Mississippi Coast Convention Center with “America’s Comeback Tour.” Doors open at 2:00 PM and the events starts at 3:00 PM. The NCAA has announced the top 20 potential sites to host Division I College Baseball regional tournaments.  Not surprisingly, Mississippi State, Ole Miss and Southern Miss baseball programs were all announced today to be among those host sites prescreened by the NCAA for the 16 regional events…

…Back in April, the NCAA Board of Governors strongly hinted that states like Mississippi would not be able to host post season tournaments due to the recent law regarding transgender sports participation.  Arkansas and other states have also passed similar legislation.

Now, the question is, did the NCAA blink?  With Arkansas and Mississippi state ranked 1 and 3 respectively, having an NCAA tournament without those two would likely have caused a great deal of consternation in the college baseball world.  Not giving them homefield advantage would be equally as damning for the NCAA.

U.S. Senators Roger Wicker, R-Miss., and Cindy Hyde-Smith, R-Miss., today announced the award of $10.3 million for improvements at 10 Mississippi airfields. The U.S. Department of Transportation, on behalf of the Federal Aviation Administration (FAA), will award the grants.

“Mississippi’s airports keep passengers and commerce moving across our state,” Wicker said. “This latest round of grants from the FAA will help airports make upgrades that improve service, safety, and security.”

FACT SHEET: Today, Chairman @BennieGThompson introduced bipartisan legislation with Ranking Member Katko to establish a 9/11-style commission, comprised of bipartisan experts to get to the truth of how the Jan. 6 assault happened to ensure that it cannot happen again.

In an effort to get more people back on the job, Mississippi will not longer pass on the additional federal pandemic unemployment payment of $300. State Senator Brice Wiggins talks about the decision.