Mississippi Governor Tate Reeves held a press conference on Tuesday to highlight the Universal Recognition of Occupational Licensing Act, a measure he says will reduce bureaucracy and red tape for businesses and be a win for the state’s economy.

Governor Reeves was joined by the author of the bill, State Rep. Becky Currie, along with State Sen. Kevin Blackwell, President and CEO of Mississippi Center for Public Policy Douglas Carswell, and Executive Director of Accelerate MS Ryan Miller. The group discussed the economic impact HB 1263 will have on Mississippi. “The states are a part of a recent, dangerous wave of discriminatory new bills signed into law in states across the country that directly work to ban transgender youth from playing sports, block access to life-saving care, or otherwise limit the rights of members of the LGBTQ+ community,” the release from the California AG states. “Many states pushing these new discriminatory laws are already on California’s travel restrictions list. The new restrictions on state-funded travel to the states announced today are prescribed by law in California pursuant to Assembly Bill 1887 (AB 1887), which was enacted in 2016.” Dr. Jennifer Bryan and Dr. Scott Hambleton brought a medical viewpoint to the hearing. The doctors urged Mississippians to be cautious when considering a medical marijuana program.

“There will be an impact, not just a positive one. And it’s important how we mitigate it,” remarked Dr. Bryan.

Dr. Bryan acknowledged that though she understands there are other perspectives than a physician’s that they are taking into account, “marijuana is a plant and it is not a drug,” she told lawmakers.

Dr. Hambleton discussed how, as of now, it is very difficult to conduct a study of a Schedule 1 drug. He is board certified in family medicine as well as addiction medicine.

Mississippi Governor Tate Reeves along with 19 other Republican Governors issued a joint letter to President Joe Biden opposing any efforts to pack the U.S. Supreme Court. The Governors highlight how any attempt to increase the number of Justices on the court for partisan gain will manipulate the Court’s decisions.

“As Governors, we oppose any attempt to increase the number of Justices on the Supreme Court of the United States. In short, “court packing”—or increasing the number of Justices to manipulate the Court’s decisions—would be unprecedented, unproductive, and unpredictable,” the group writes. “The highest court in our land has seated nine justices for more than 150 years and has persisted throughout our nation’s history, dispensing justice even when faced with landmark, controversial decisions.”

For fiscal year 2021, the funds provided to the MSU Center by FEMA’s Homeland Security National Training Program Continuing Training Grant total approximately $2 million and are intended to be used to develop training programs for the use of drones in disaster preparation and response.

“The development of these UAS training programs will save lives in the coming years. Mississippi and other states in our region will face the inevitable storms and floods of the future with increased preparedness thanks in part to this program and the grants that make it possible,” Representative Michael Guest said in a statement. 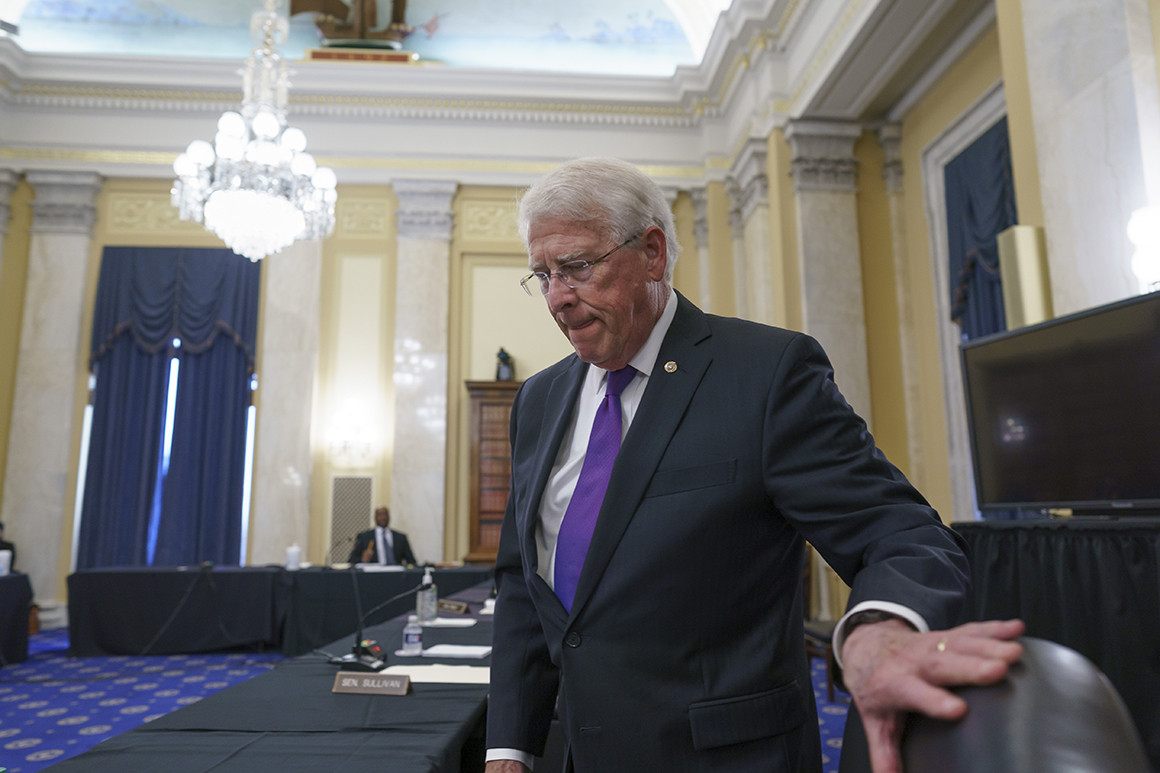 Republican Sen. Roger Wicker is holding up a high-level Pentagon nominee in an attempt to push the Navy to commit to buying more amphibious ships, according to two people familiar with the situation.

The nominee, Susanna Blume, had been tapped to run the Pentagon’s Cost Assessment and Program Evaluation office, which would give her a central role in assessing new weapons systems proposed by the armed services. The veteran of the Obama Pentagon largely sailed through her confirmation hearing in May, and her nomination has been sent to the full Senate for a vote with several other top picks for the department…

…In a statement to POLITICO, Wicker blamed the White House and professional budgeteers for undercutting Navy plans to significantly expand the fleet that have the support of shipbuilding boosters on Capitol Hill.

“Congress provided the Navy the authority and direction to pursue a block buy of amphibious ships to save hundreds of millions in taxpayer dollars and help to stabilize the industrial base,” said Wicker, who did not mention the hold on Blume in his statement. “But the Biden Administration has chosen to ignore this direction and the advice of Navy and Marine Corps leaders in its recent budget and shipbuilding plans. The United States doesn’t need bureaucrats putting their ‘armchair opinions’ on warfighting above those of our men and women in uniform.”

Congressman Guest: Attacks on police up 50%

Ambush-style attacks on police officers have increased by 50 percent this year compared to the same time period in 2020.

The cost of the Defund the Police movement is measured in more than just dollars.

It is costing lives.

The Mississippi Department of Human Services will reopen Economic Assistance County Office locations to the public on Thursday, July 1, 2021.

The best way to reach county offices remains by email and phone. Those who can continue using this method are encouraged to do so. Required documents can be uploaded online by going to www.mdhs.ms.gov and clicking the Document Upload button.

Statues of those who served in the Confederacy or supported slavery or segregation should not have a place of honor in the U.S. Capitol – that’s why I voted to #RemoveHate today. pic.twitter.com/f8TdOgEhbk