“Republican-led states are leading the way out of the pandemic, while Democrat-led states fall behind,” said Republican National Committee Spokesperson Savannah Viar.  “It’s no surprise that strong, fiscally conservative policies are good for the economy and working families.”

Republican-led states have reported lower unemployment rates coming out of the pandemic. The Bureau of Labor Statistics analysis shows 16 out of the top 20 states are led by Republican governors.

The FDA has signed off on the vaccine that has been in use through emergency approval only since December of 2020. This is the first and only COVID-19 vaccine to receive full approval from the FDA.

The authorization follows the same guidelines as what is already in place regarding who can receive the vaccine. However, there is no indication as to when the vaccine could be approved for children under the age of 12. The FDA has confirmed that there are trials going on among children in that age group.

YP – MSDH warns against toxicity of ivermectin in humans

The MSDH reported an increasing number of calls being made to the Mississippi Poison Control Center regarding the use of ivermectin to combat COVID-19. The medicine is intended for use on livestock and some parasitic illnesses, and can be dangerously toxic to humans.

The MPCC has reported at least two individuals who have been hospitalized due to the use of ivermectin after ingesting it.

“You should not take any medicine to treat or prevent COVID-19 unless it has been prescribed to you by your health care provider and acquired from a legitimate source,” MSDH stated in the release.

Great news: Operation Warp Speed’s #Pfizer #COVID19Vaccine has been given full @US_FDA approval. Another testament to the safety and effectiveness of the vaccine. #VaxUpYall!

“The Second Amendment Sales Tax Holiday is a great time to purchase guns, ammunition and archery supplies. Whether for protection or hunting or sport, many stores will be offering additional discounts to the sales tax relief to bring in shoppers,” stated Mississippi Commissioner of Agriculture and Commerce Andy Gipson.”  I supported the sales tax holiday when I was in the Legislature and today, still believe it is a great time to gear up.”

The DUI 100 Club was established in 1983 to recognize law enforcement officers across the state  that write a minimum of 100 DUI citations within a calendar year. Law enforcement officers from  twenty-one agencies, including thirteen police departments, six sheriff’s offices, the Mississippi  Highway Patrol, and the National Park Service, were recognized at this year’s luncheon.  Mississippi Department of Public Safety Commissioner Sean Tindell served as the event’s keynote  speaker. Awards were presented by Mississippi Highway Patrol Colonel Randy Ginn. Trooper  John Harris, one of this year’s award recipients, was honored during the luncheon with a moment  of silence.

Plans for the facility were announced two years ago by Spectra Laboratories, a wholly owned subsidiary of Fresenius Medical Care North America around September 2019.

The new laboratory will be a renal lab services facility and will be 200,000 sq. ft., making it the company’s largest laboratory footprint. This laboratory will create more than 300 jobs in the area over the next couple of years. 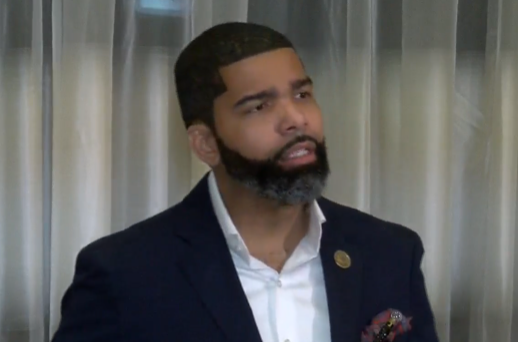 On Monday, Jackson Mayor Chokwe A. Lumumba signed an executive order to amend the COVID-19 guidelines to require that contractors and subcontractors, who are paid in whole or in part from funds provided under a city contract, also provide proof of COVID-19 vaccination. They will need to show proof not later than August 31, 2021.

Leaders said as with the previous order requiring proof of vaccination for city employees, reasonable accommodations will be considered on an individualized basis.