The START Act now goes to the Senate where lawmakers there have announced their own plan.

On Wednesday, State Rep. Richard Bennett, Chairman of the House Education Committee, presented his $219 million proposal to address a teacher pay raise. HB 530 sailed through the House will little discussion, gaining a 114-6 vote of approval. 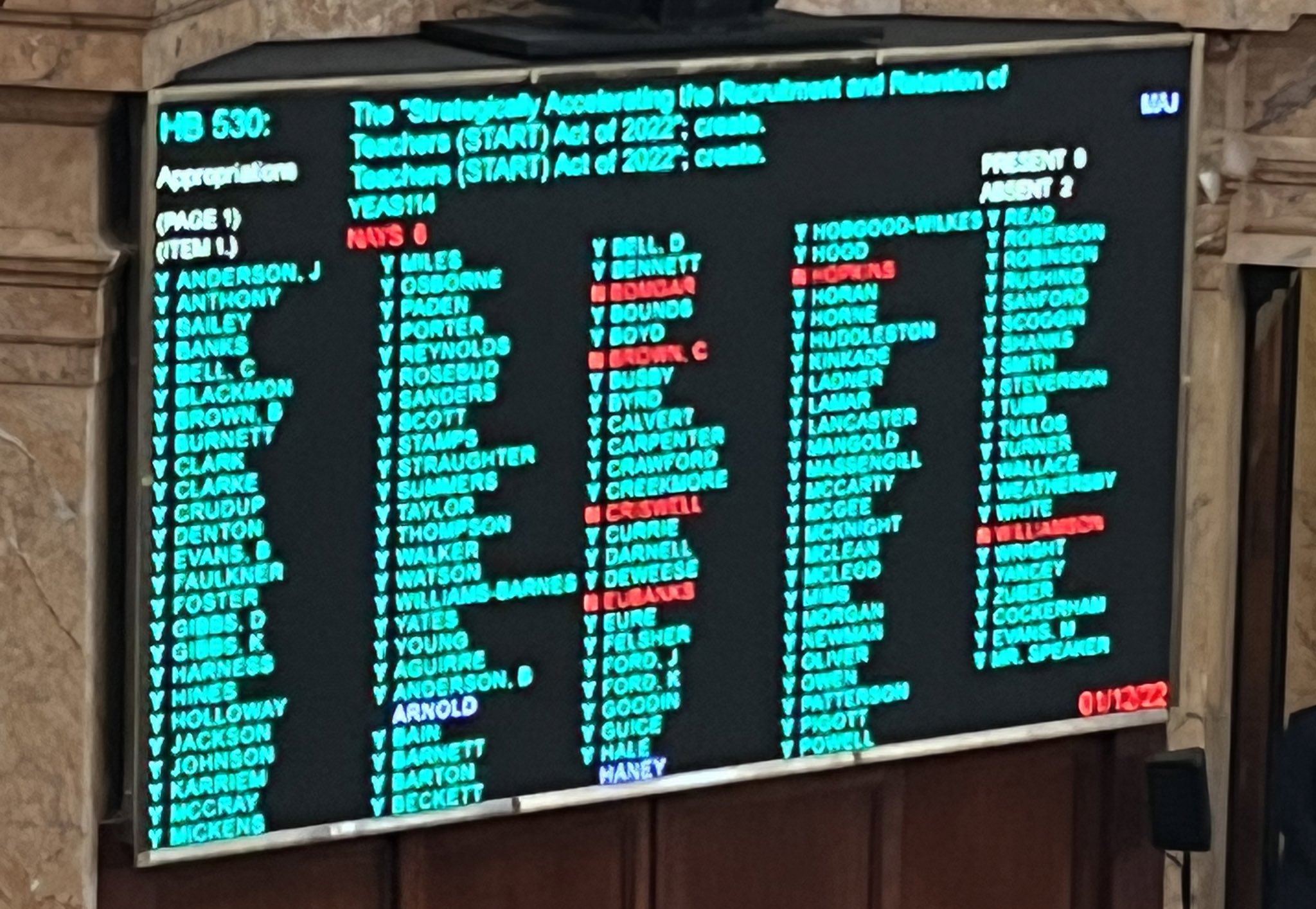 The six members voting against the bill were Republicans Joel Bomgar, Chris Brown, Dana Criswell, Brady Williamson, Dan Eubanks and Steve Hopkins. Most of those are members of the House Freedom Caucus.

Rep. Hopkins wrote on his Facebook that he could not support the bill and provide tax relief to all citizens.

Rep. Bennett’s proposal came a day after the Senate offered their $210 million plan. You can read the full version of HB 530 here.

If implemented, Strategically Accelerating the Recruitment and Retention of Teachers (START) Act of 2022 would increase starting teacher pay to $43,000, with a state starting average of $43,125.

Under the Senate proposal, a Class A teacher with a baccalaureate degree would start at $40,000. Teachers would receive $500 step increases at most every year, including in the first three years of teaching.

It is plausible that both of the chambers will pass their own version of a teacher pay raise bill and then consider the other chamber’s bill, likely ending in conference.