The former Mississippi Governor tells Republican Governors that Democrats want to make the election about the past, not the present.

Former Mississippi Governor Haley Barbour is in Aspen for the Republican Governors Association meeting this week where what he is telling attendees is making headlines ahead of the 2022 Midterms.

According to Newsmax’s Mark Halperin, Barbour, also a former Republican National Committee chairman and respected GOP strategist, told the gathering that Democrats are hoping former President Donald Trump announces another bid for the White House before the November Midterm Elections.

Barbour explains that Democrats want nothing more than to make the election about the past instead of the present, which is plagued with record high inflation, crime, open borders and more issues of concern to the average American voter.

Halperin quotes Barbour in his tweets as saying:

According to the latest FoxNews polling, Republicans hold a 3% edge over Democrats in their Midterm ballot test. 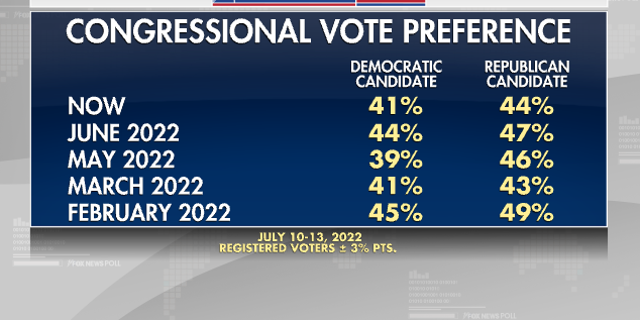 FoxNews reported on Monday that in their modeling, a 3-point edge translates into a GOP gain of about 23 seats.

“A 20-plus seat gain would be massive for the Republicans in an era where bipartisan gerrymandering has drastically reduced the number of competitive seats,” Republican pollster Daron Shaw told FoxNews. “It would be tantamount to the 1994 midterms when Newt Gingrich’s Contract with America helped the GOP roll up a 54-seat gain.” Shaw conducts the Fox News survey with Democratic counterpart Chris Anderson.

Another sign of trouble for Democrats is that President Joe Biden’s approval rating remains underwater by a 19% margin.