The former Congressional candidate will push for a term limits resolution in the Mississippi Legislature.

U.S. Term Limits is the largest grassroots term limits advocacy group in the country. They connect term limits supporters with legislators and work to pass term limits at all levels of government, particularly on the U.S. Congress. 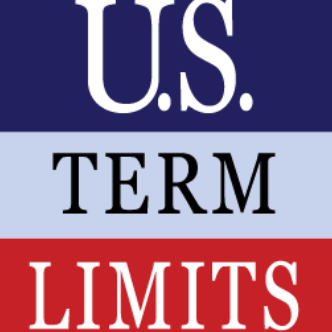 The group says Eller brings a depth of experience to this role. He has seen first-hand the need for term limits at the federal level and will work tirelessly in his role as Mississippi State Chair to see that Mississippi adopts a resolution for term limits.

“I am very honored to be serving as the Mississippi State Chair for U.S. Term Limits,” said Eller.  “Now more than ever before, the need for term limits is crystal clear.  Polls show that the one issue Americans regardless of political affiliation are united about is the need for congressional term limits.”

Eller was a candidate for Congress in Mississippi’s 2nd Congressional District this year, losing in the Republican Primary Runoff to Brian Flowers. The two were vying to take on longtime incumbent Democrat Congressman Bennie Thompson.

“Serving in Congress has become for many, a lucrative lifelong job rather than a public service,” said Eller.  “Term limits will help end career politicians and make Congress work better for all Americans.”

Eller served 20 years in the Army on active duty before retiring as a Captain. He began as a “Combat Medic 91B” and rose to being a Squad Leader, Platoon Sergeant and a Medical Officer. In the late 1980s, he transitioned from the enlisted ranks as a Sergeant First Class to a Warrant Officer and then eventually becoming a Commissioned Officer.

In 2013, Eller established Buck Warrior Enterprises LLC, a family-owned manufacturing company in Mississippi.  As a businessowner he has seen firsthand the struggles that businessowners face.

“We are honored to have Ron leading our efforts in Mississippi to pass term limits on Congress,” said Philip Blumel, President of U.S. Term Limits. “He is a strong leader who understands the problems within Congress and the need for term limits.  Under his guidance, I am confident we will get our term limits resolution passed in Mississippi.”