8 Q. During the fall when you observed
9 the change in personality of Ms. Lobrano
10 about the loss of her house, did you also
11 observe Ms. Lobrano and her daughters
12 watching any movies?
13 A. Around Christmas time they had all
14 gotten together or right at the first of the
15 year they were watching The Insider movie.
16 And they were wanting Dana and I to watch it
17 with them because they wanted to show us,
18 you know, Mike Moore and all the people that
19 were in the movie and, you know, who was
20 acting out Dickie Scruggs and…
21 Q. Did they ever have any discussions
22 who would play them in a movie?
23 A. Yeah. Kerri kept saying that
1 Sandra Bullock was going to play her in the
2 movie.

I think the YP Nation would be well represented with Will Farrell to portray its spiritual leader. After Semi-Pro, I know he’s got to be angling to make a decent movie again. Vin Diesel would be an acceptable backup. Vince Vaughan would work only in a pinch.

But the Rigsby Gals have brought up a fantastic point. Who will play all of us in the movie sure to come out of this foolishness?

For Steve Patterson . . . Jabba the Hut

For the Trailer Lawyers . . . it’s the cast from My Name is Earl 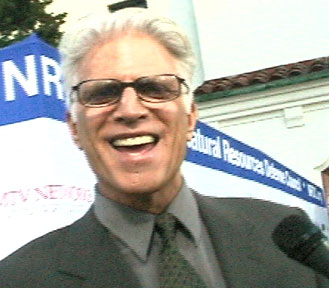 And finally, as Tim Balducci . . . none other than the People’s Court Doug Llewellyn

That’s a good early cast list. It is surreal enough a story that Ron Howard should direct.