The UAW vote to try to unionize one of the most successful automobile manufacturers in the US is upon us. Starting at 2:00 a.m Thursday through 7:00 p.m. Friday, the NLRB will supervise the secret ballot vote from about 3,800 full time Nissan workers.

At stake – the fate of the UAW according to their president.

UAW forces have tried to frame the vote on racial terms. Anti-union forces have countered, it seems pretty effectively, but showing a really diverse and committed coalition against the union. There are hundreds of thousands of dollars being spent on both sides with the implications far more reaching than the confines of the plant.

This week, federal authorities issued an indictment of UAW and former UAW affiliated personnel detailing in excess of $1 million in embezzled funds. Expensive pens, jewelry, private plane trips were documented as well as the payoff of a mortgage. The piece de resistance was the purchase of a 2013 Ferrari Spyder 458. 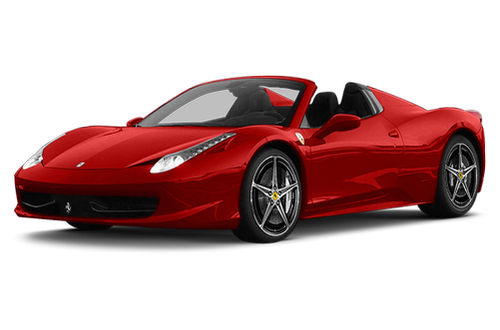 Nissan wasted no time and hammered the scandal with an online ad campaign. The other late breaking development is that the National Labor Relations Board has piled on. They’ve issued a last minute complaint against Nissan alleging that a supervisor “threatened that workers could lose wages and benefits if they supported the UAW, and that the plant could close if workers backed the union.” The timing of this is critical (1) because it’s right before the election and (2) because the NLRB is still under Obama-era control. UAW is also taking advantage of the “ambush election” rules that drastically shorten the time for a vote to occur.

The big issue on timing is that the NLRB currently has two vacancies, and is currently firmly under Democrat control. Two of the current 3 board members were recess appointed by Obama after threat of a nomination filibuster. President Trump has nominated two members that would give the NLRB a Republican majority and would likely tamp down on this sort of administrative advantage that UAW is seeking to avail itself of. But those nominees have yet to be confirmed. Timing is just an enormous issue in this election, and nary a column inch has been expended in the local press about these issues.

Nissan issued the following statement regarding the NLRB allegations.

“The UAW has again launched baseless allegations against Nissan Canton and threatened to file more. Allegations of intimidation made by the union are false. Nissan respects and values the Canton workforce, and our history reflects that we recognize the employees’ rights to decide for themselves whether or not to have third-party representation.

Nissan employees have the right to know the company’s position regarding UAW representation in our plant, as well as important information about the UAW. The UAW has advocated employees only hear one side of the story – the Union’s side – and that’s wrong. The company has the right, and we believe the obligation, to provide employees with information as they prepare to make this important decision, and we will continue to do so.

The latest UAW corruption scandal in Detroit and the history of strikes, layoffs, and plant closures at UAW-represented plants, along with the many false claims and promises made by the UAW during this campaign are among the many reasons we do not believe UAW representation is in the best interest of the employees of Nissan Canton.”

It’s clear that Nissan has been targeted. If the UAW is unsuccessful with this vote, a byproduct of the vote process is likely going to result in continued hounding of workers that don’t vote for the union for potentially another vote down the road. Why? Because simply the vote of formally requesting an election petition granted the UAW access to the private information (telephone number, email address, and work schedule) of Nissan employees.

And according to the Detroit Free Press, “The NLRB has the power to set aside union election results after it occurs if there is evidence of too much tampering.”

My sense is that the anti-union forces will prevail this week, though the vote will likely be close. It just doesn’t seem from the public perspective that the UAW forces have been successful in their strategy to somehow make this argument on racial lines.

But this is a “bet the farm” result for businesses in Mississippi, which is why you’re seeing so much time and attention. And even when it’s “over”, it won’t really be over.