Thompson Only Member of Delegation to Vote For Obama’s Budget

Yesterday, the House and Senate approved Obama’s $3.6 trillion budget request. You can read more about the bills here.

In another sign of strength, every Republican in both the House and Senate voted against the budget bill. This includes Senators Thad Cochran and Roger Wicker who supported the 2009 appropriations bill in March.

On the House side, Representatives Travis Childers and Gene Taylor were among 20 Democrats who said no to Obama. Gregg Harper also opposed the bill. The only supporter was Bennie Thompson; whose support isn’t too surprising. 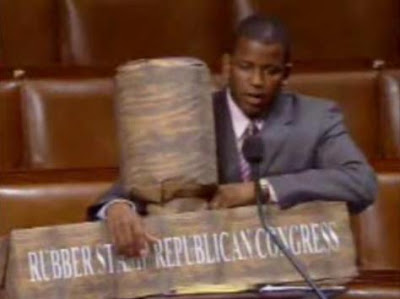